Are you trying to find a Giannis Antetokounmpo signed jersey? If so, you’ve come the right place.

This article will not only provide you with some nice options but it will also give you a brief history of Giannis’ rise to stardom.

The world of basketball has been, for decades, seen as an American-dominated sport. The National Basketball Association (NBA) is seen as the world’s premier basketball competition.

Housing the best stars, the biggest club sides, and the best financial offers for players, there is little serious competition.

However, thanks to the growth of the European and African basketball systems, we are seeing more and more players come from afar to join the NBA.

Indeed, the European growth of basketball has seen an increasing number of stars coming from EuroLeague clubs and beyond.

And while the likes of Dirk Nowitzki changed the American view of basketball in Europe forever, it’s modern stars like Giannis Antetokounmpo that might be the trailblazers for the sport.

Indeed, few people have made quite an impact on the NBA as the ‘Greek Freak’ himself, Antetokounmpo.

If you wish to know how his rise came to be, this article will help you to walk away with a greater understanding of why Giannis might just be the European trailblazer that the Old Continent needs: a genuine contender for being the best player in the NBA.

This is how Giannis has become the face of the European basketball revolution.

Born on the 6th December, 1994, Antetokounmpo was born to Nigerian parents. His parents hailed from the Nigerian city of Lagos, and they moved to Greece.

The second of four children, all sons, Antetokounmpo had a challenging upbringing. Growing up in the Athenian neighborhood of Sepolia, life was a challenge for the family as they struggled to make ends meet. 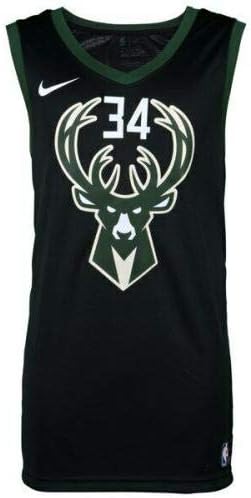 The way that immigration worked in Greece meant that he did not quality for citizenship of Greece.

Despite leaving their homes in Lagos to come to Greece, the Antetokounmpo’s found themselves facing off against yet more poverty and more strife.

In a world that seemed brutal and unforgiving, though, the desire of a young star was built and born.

Turning to small scale sales in a bid to survive, Antetokounmpo and his brother sold bags, watches, and sunglasses in a bid to try and find some extra income to survive.

The challenge for the family was real, but so was the desire to one day find a gap in the system and to make a better life for he and his family.

However, despite his entrepreneurial charm, one thing stood out about Giannis: his skills on the court.

Antetokounmpo started to show immense promise on the basketball court, and before long was drawing a lot of positive attention for his skills. Having only started playing in 2007, he joined the local youth side, Filathlitikos, in 2009. 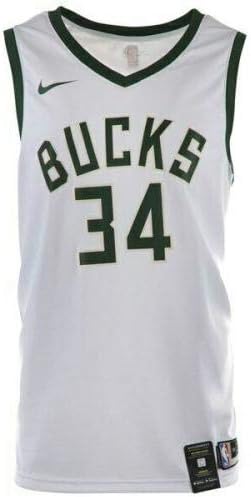 Starting to make a genuine impression at youth level, he was soon given his chance with the senior squad in 2011.

For a young player, it was a massive opportunity in a highly competitive Greek basketball scene.

Playing in the semi-professional leagues as well as the Greek 3rd Division, by 2012 he had made the move to the second tier with the club.

However, some controversy would arise shortly after – aged 18, in December 2012 Antetokounmpo signed a long-term, four-year contract with Spanish outfit CAI Zaragoza. 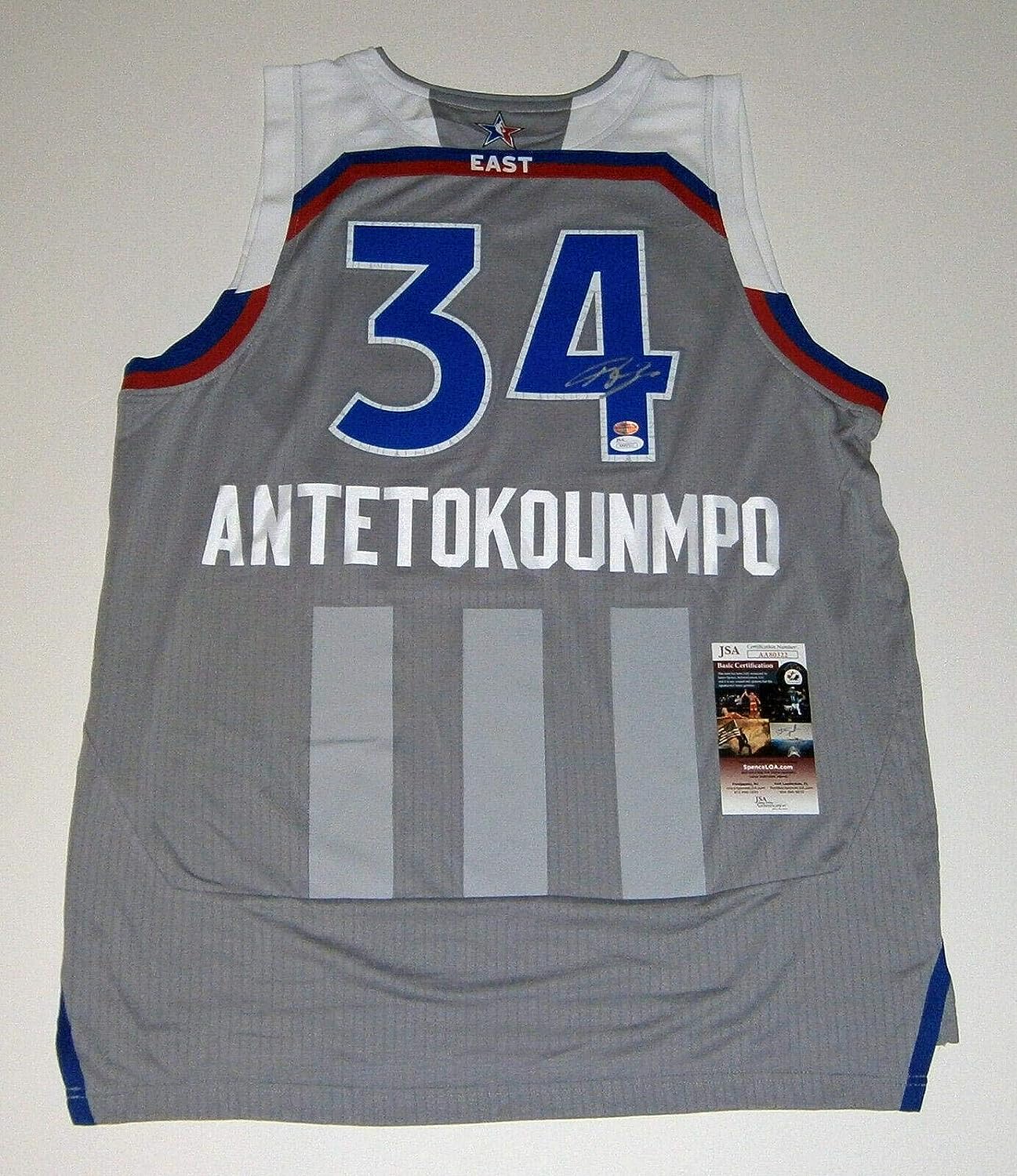 He played for his local side for the rest of the year, averaging 9.5 points per game and 5 rebounds per game.

Performances domestically grew to the level where he was asked to take part in the 2013 Greek League All-Star Games.

For a young player who was about to embark on a new challenge in Spain, it was a fantastic end to what was a productive formative spell in the game.

However, for Antetokounmpo things would change extremely quickly. Having impressed in Greece, he was offered the chance to enter the 2013 NBA Draft. 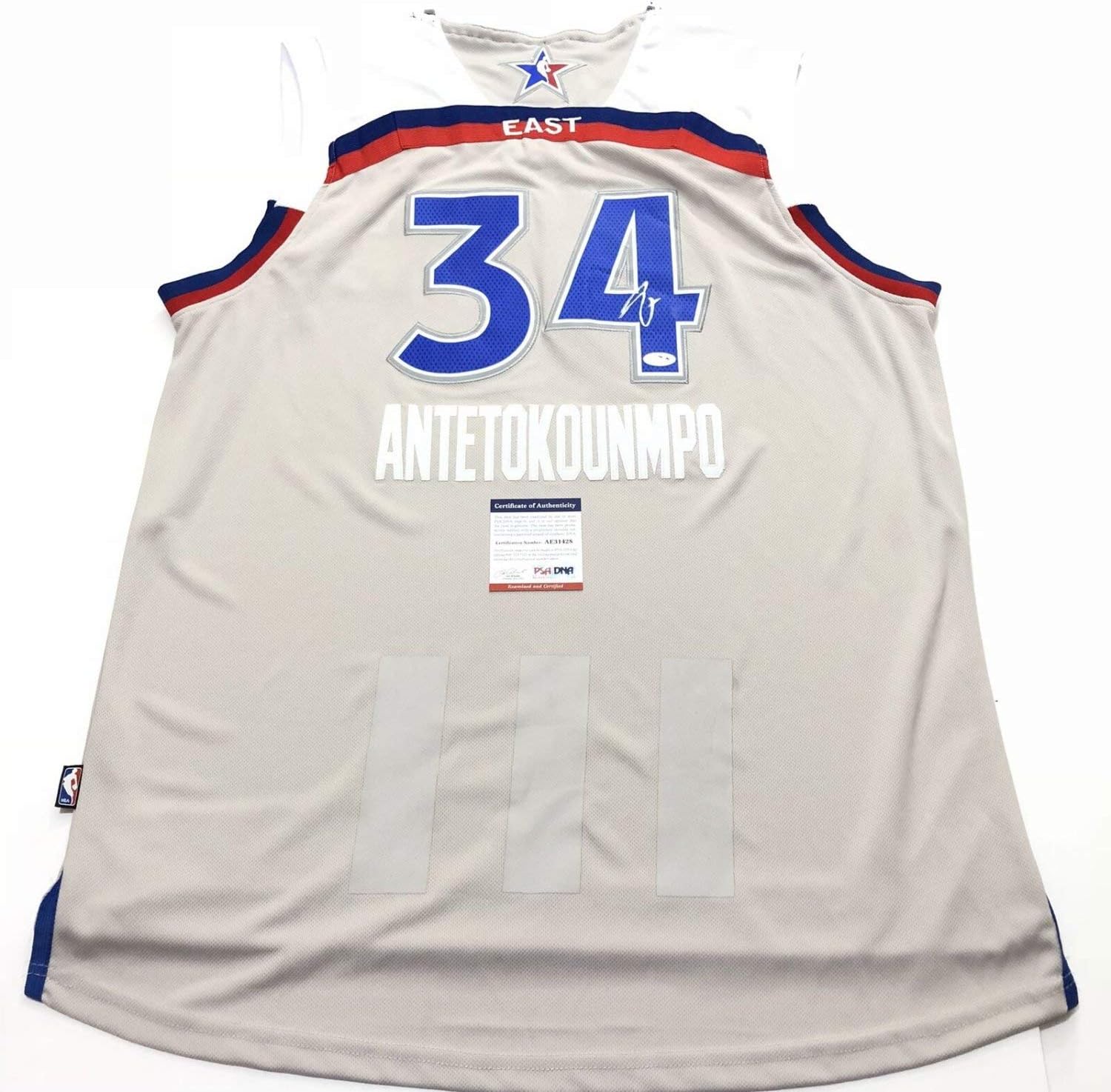 A first-round pick, he was picked up by the Milwaukee Bucks and he was chosen as the fifteenth overall pick in the draft.

Signing a rookie contract with the Bucks in 2013, he impressed in his debut season. Indeed, he made more blocks – 61 – than any rookie elsewhere.

This seen Giannis take part in the NBA 2013 Rising Stars Challenge as part of the All-Star Weekend.

Indeed, his performances were such that he was part of the 2013-2014 NBA All-Rookie second-tier side. 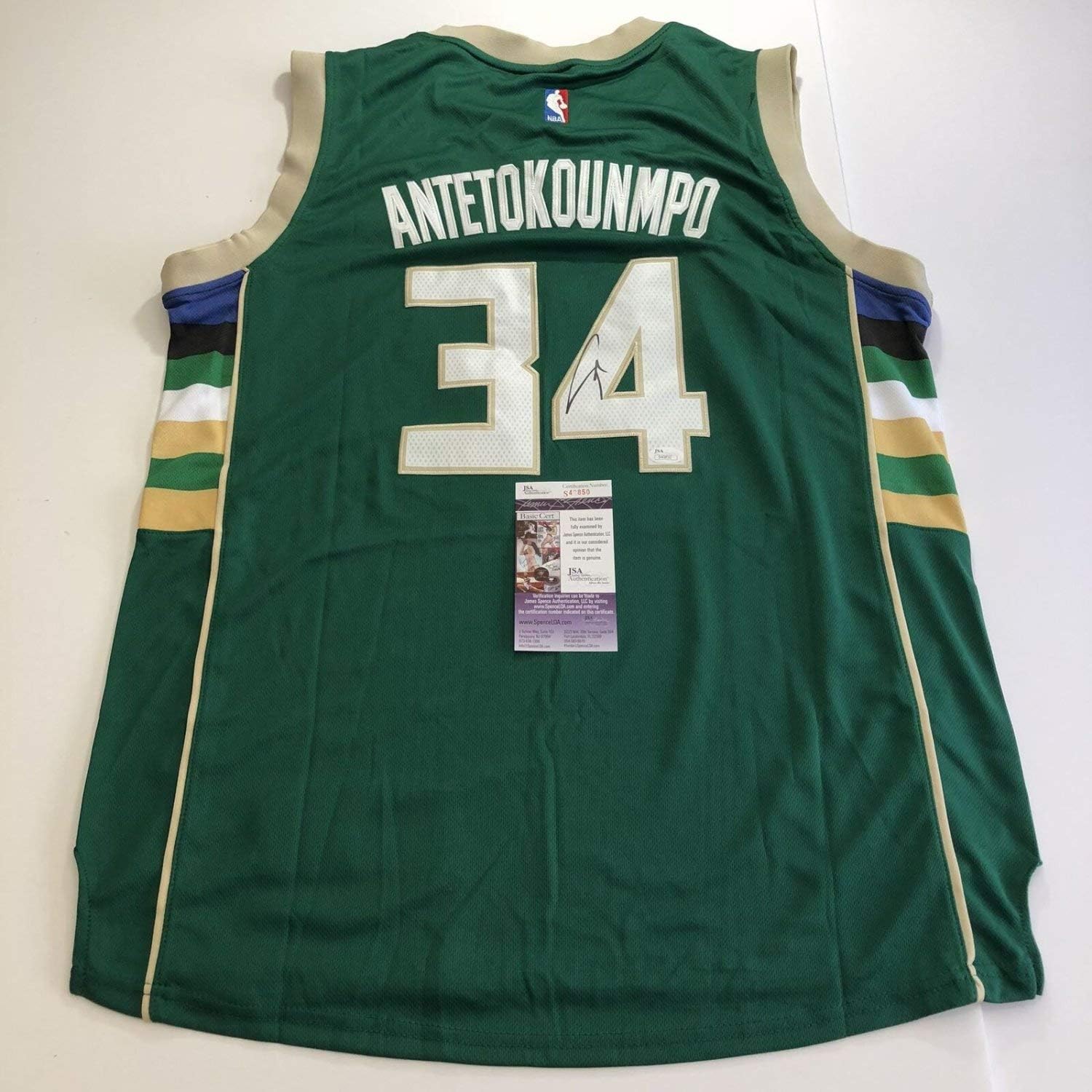 For a young European moving up from the European game to the NBA, Antetokounmpo had shown a seamless transition.

Performances were good enough that in the October of 2014, the Bucks granted the Greek an extension until the end of the 2015-16 season.

His first rise to prominence at senior level, though, came in the February of 2015 when he was named Eastern Conference Player of the Week.

He also took part in the NBA Slam Dunk contest that year. National pride came when he represented his nation of origin, Nigeria, in the NBA Africa game that takes place.

At the age of 21, Giannis Antetokounmpo was a name that was on the lips of all NBA fans.

He had taken to the league like a duck to water, and his dual African and European heritage made him a unique property within the league. 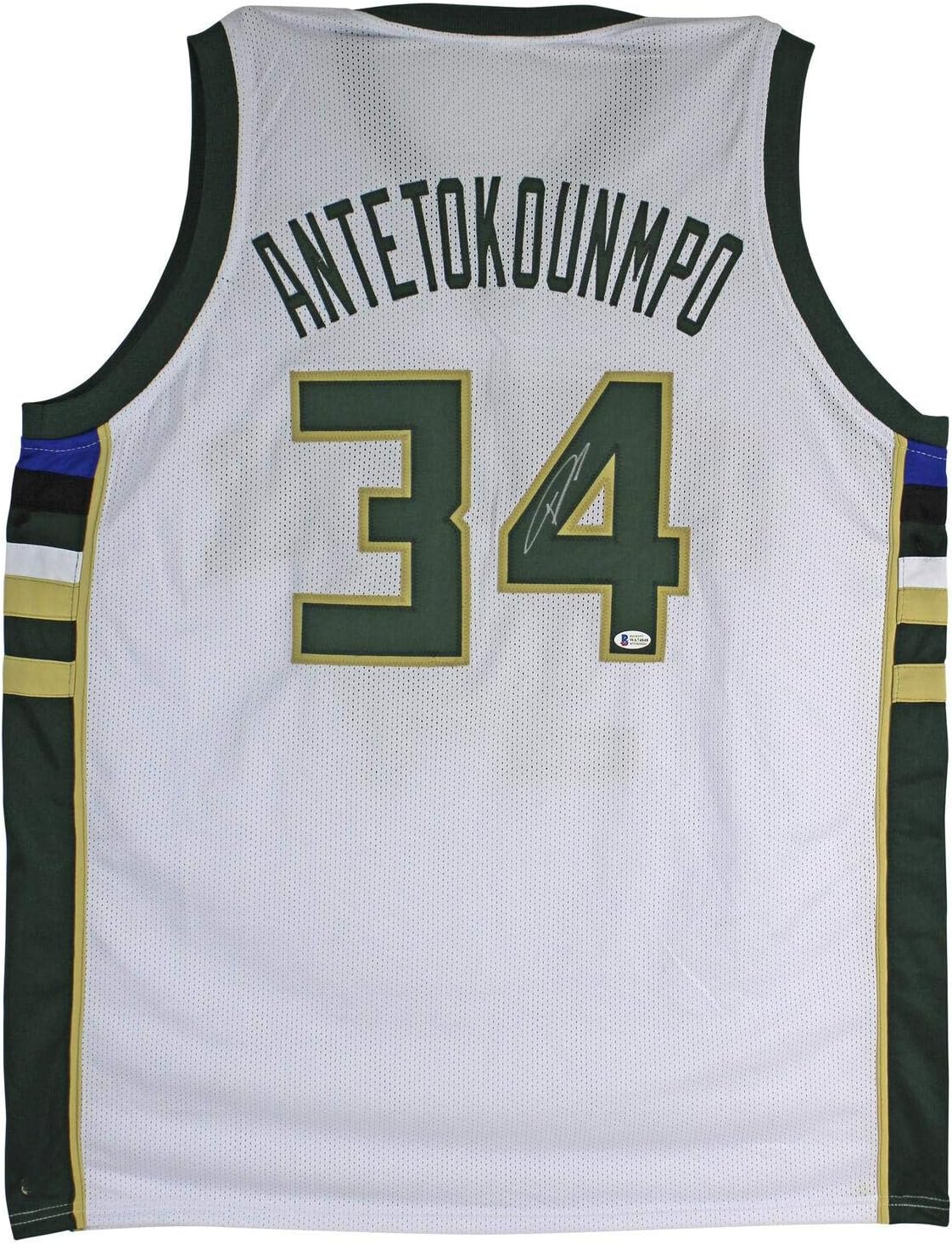 He continued to grow as a player, to the point where the Bucks against extended his deal until the end of the 2016-17 season.

At this point, he became the youngest ever Bucks player to record a triple-double – double figures in three statistics – in an NBA game.

It was safe to say that his star was growing, and it left the Bucks with a tough question: could they keep the Greek Freak?

The Bucks, at this point, were by no means a serious and major contender. Their last genuine period of success came in the 1970s when Kareem Abdul-Jabbar played for them.

Giannis, though, offered a genuine glimpse into a title winning future – so the 2016-17 season seen Giannis sign a four-year deal worth some $100m.

Player of the Week and Month honours arrived during the season to come, and he also matched a franchise record when he scored 20+ points per game for 14 games in a row.

This seen him part of the All-Star team for the Eastern Conference, becoming the first Greek to be an NBA All-Star. Indeed, he was also the youngest Buck to make it as a starter in an All-Star game.

Interesting, he became the first player in league history to finish in the top 20 for points, assists, rebounds, steals and blocks.

An all-action player who continued to develop, he won the Most Improved Player Award in 2017 – this again made him the first Buck to do so.

The 2017-18 season opened up with spectacular results, with another Player of the Week award. He also matched the NBA record set by Shaquille O’Neal when scoring 20+ points per game for 27 games successfully.

This consistency was rewarded with a place on the NBA All-Star game for 2018. Success was continued, and for the player it was no surprise to see him continue to win Player of the Month awards for the Eastern Conference.

He was also named the 2018 Euroscar European Player of the Year. On the court for his side, though, things were improving all the time.

The 2018-19 season seen the Bucks hit one of the most impressive regular seasons in league history, dominating the court and becoming a true contender for the entire NBA.

However, old issues reared their head again and despite heading to the Eastern Conference Final, the Bucks fell to the Toronto Raptors in rather worrying fashion.

Given all the Bucks had done for Giannis, though, it was unlikely that he would push for an exit.

The Bucks had given him a chance, and they looked in fine condition to push on and head for titles long-term.

The most recent season, the 2019-20 season, seen the Milwaukee Bucks continue their progress under coach Mike Budenholzer.

The former assistant to the San Antonio Spurs had done a fine job in Atlanta, creating much excitement for what the future would hold for the club.

Despite following to the Raptors the previous season, Giannis was named the Most Valuable Player in the NBA; an accolade that few players have received in the past.

The 2019-20 season started promisingly, with the Bucks wrapping up their play-off spot as quick as anyone in history.

Indeed, the managed to secure their play-off spot as early as February 23rd – this took them just 56 games to land that play-off spot.

It was down to excellent team play, but the work put in by Antetokounmpo was  major reason for this mass improvement.

The COVID-19 crisis had seen the NBA stopped temporarily, before the resumption of the NBA bubble took place in August 2020.

The Bucks were one of the teams taking part in the seeding games and play-off games.

The future for Antetokounmpo

However, it would be safe to say that the season did not play out as intended for the Bucks. A second round thrashing by the Miami Heat called into question the true quality of the Bucks.

Questions were asked – were they simply a team that could do the work in the regular season, but couldn’t handle the constant inspection that comes as part of the play-offs?

For Antetokounmpo himself, an injury in the early games against Miami meant that, come the fourth game, he was forced to come off with an ankle injury.

It left the team, who had dealt with the Orlando Magic so comfortably, facing a 3-1 deficit. The Heat went on to win the series and put the Bucks out in a disappointing second round exit; a far cry from their incredible run to the ECF in the previous season.

Naturally, questions have been asked about what comes next for Antetokounmpo. The talk is that he will be offered, and likely accept, a supermax contract from the Bucks.

Given the connection the player has with the franchise, and his dismissal of talk of a forced trade, serenity looks to be on the cards for both player and franchise.

When the Greek Freak signed for the Bucks, he was seen as a young prospect with potential.

Now, having won the MVP award two years in a row (being hailed as the winner in 2020 as well, it would be hard for the Bucks to say that this has been anything other than a major success.

Though exits to the likes of Miami and Toronto have been suggested, it’s been made clear that the respect between player and franchise is very much a mutual thing.

One thing to note about the Antetokounmpo connection to Milwaukee is that this is seen in some ways as the family home now.

Why? Because when Antetokounmpo signed for the Bucks, his entire family – except brothers Thanasis and Francis, who had professional commitments – moved with the young star to Milwaukee.

The organization made sure that this would happen and that they would be suitably cared for; that has left a genuine affection among player and organization.

Indeed, the fact that his older brother Thanasis now plays for the Bucks as well only adds to the hope that Giannis won’t be going anywhere.

The donation of $100,000 to the Fiserv Forum, a major Milwaukee institute, due to the COVID-19 pandemic shows that there is a genuine love and mutual respect between player and organization.

While that might not mean he’ll stay forever, it’s fair to say that many players with the quality of Giannis might look for a ‘win now’ project in a bigger market.

With all that Milwaukee has done for the Antetokounmpo family means that such a change isn’t as likely as it is with other superstars.

Down to earth, driven, humble, honest, and sincere; this is Giannis Antetokounmpo, the new breed of European basketball superstar.