In sports, we live in an era where young stars are discovered earlier and earlier than ever.

Many of the young children we see labeled as ‘wonder kids’ in their youngest years on social media and through sports news never come close to making it.

Others achieve everything that was expected of them – some manage to do even more.

The world of sport, whether it is soccer, basketball, football, baseball, hockey, boxing, or any other sport, is filled with ‘wonder kids’ who are pushed above the level of attention they should probably have at such an age.

The rise of the internet has propelled many young names from local stardom to global stardom. The likes of LeBron James was a superstar before he’d even reached his late teenage years.

Today, we see eve more hype placed on young children – and few kids have rode the hype train for as long as Zion Williamson.

The American athlete is easily one of the most exciting sports stars in the world.

As you take a gander at some of the signed jerseys available, enjoy taking in the story of how this athlete rose to stardom.

His career so far is only in its infancy, but we’ve already had more than enough sightings of Zion to know this 20-year-old is very likely to be the real deal long-term.

Who is Zion Williamson?

Zion Williamson is a young basketball player born in Salisbury, North Carolina. The 6’7” 20-year-old has quickly become one of the most interesting young players on the basketball and entire US sporting scene. 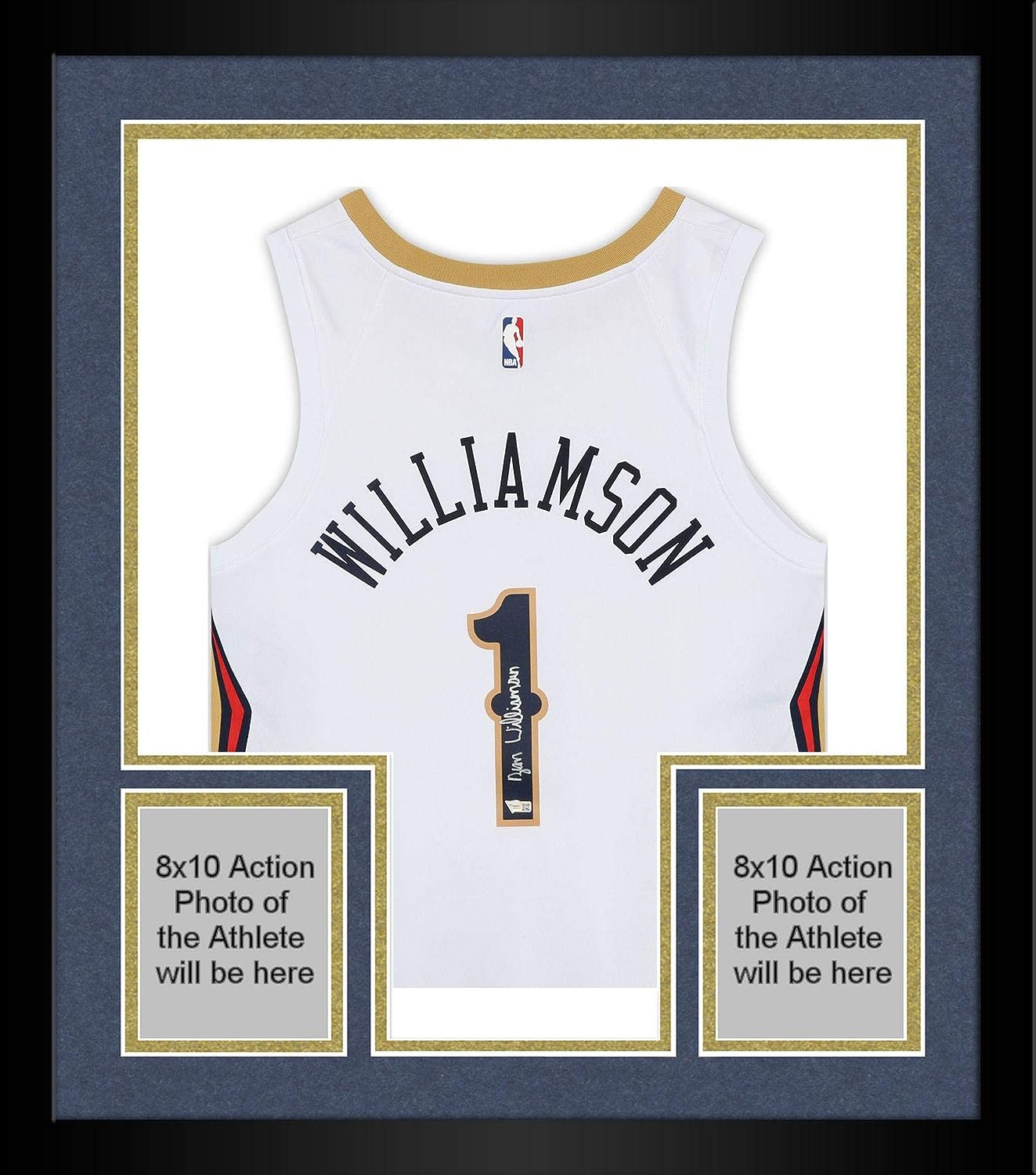 Born to Lateed and Sharonda Williamson in Salisbury, he stared to make a very positive impression from a young age.

Like many young athletes who make stardom from a young age, the internet helped to propel Williamson to the global consciousness.

Born on the 6th July, Williamson is the son of a former defensive linesman footballer, and his mother was a sprinter who became a health and PE teacher at middle school level.

Named after the Mount Zion near Jerusalem, the young lad was given much hype from a young age. However, his early years were filled with strife.

Moving to Florence in South Carolina aged two, by age five his parents had split up and he was introduced to his mothers new partner, Lee Anderson.

Anderson was a former basketball player who had played for Clemson University.

From a young age, then, he was taken to basketball – and his stepdad got to work on honing the skills of a very natural prodigy.

For Zion, his earliest basketball memories were being coached on the finer aspects of being a Point Guard. 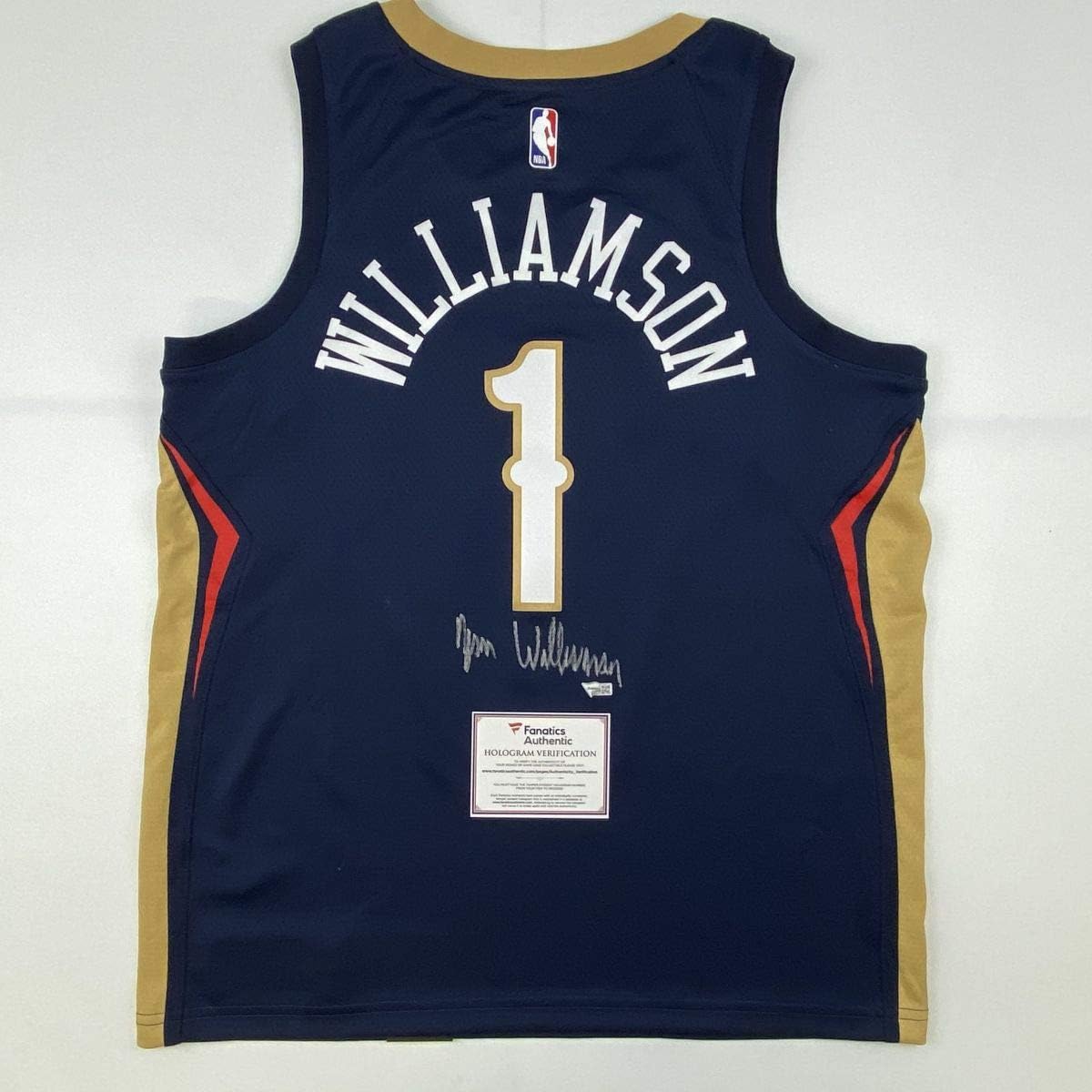 He showed immense basketball quality from his earliest years, taking on advanced concepts and challenges that most youngsters would struggle to take in.

Part of this came from the fact that Williamson was learning as pat of the Sumter Falcons; an AAU team that his mother coached.

At this point, he would be facing opponents much older than him, sometimes sizing up against boys as much as four years his senior.

As he continued to age, is game grew exponentially. He joined the Johnakin Middle School in Marion, and was part of the basketball team which his mother was coaching.

Playing as a Point Guard, Williamson was a star turn on a team that lost just three matches in a two-year circuit.

For Zion, though, basketball was not his only love. A keen athlete in just about any field, he also played quarterback for his local football team, and was deemed a very talented soccer player.

He continued to show immense maturity on and off the court for one so young, perhaps helped by his motherly influence when playing.

In 2015, Zion Williamson was taken on as a freshman at Spartanburg Day School. When he joined the school, he was still mostly a ball handling Point Guard. 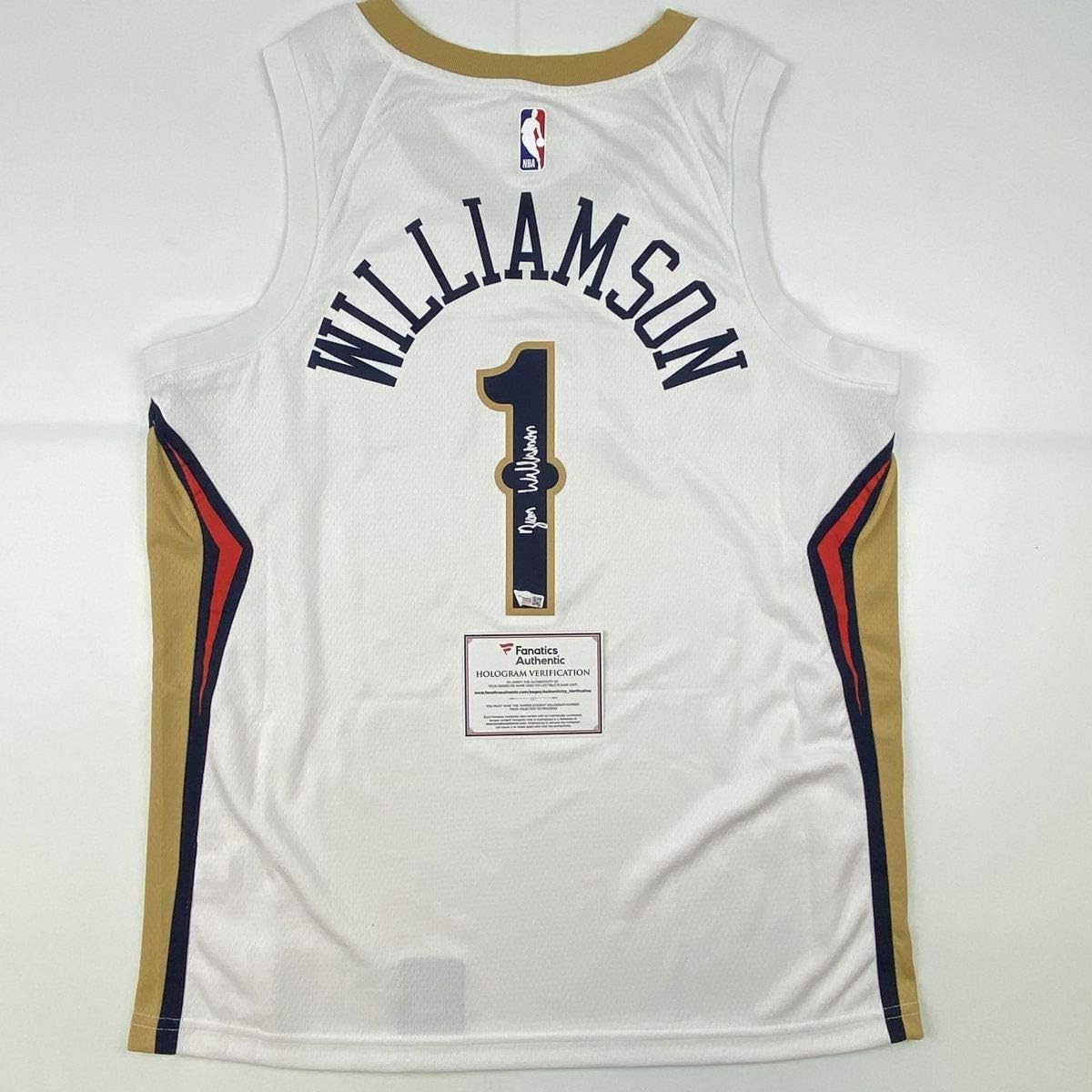 However, he caught the dunk bug when at Spartanburg and learned how to both hone his dunk game and turn it into a genuine weapon.

Across his High School debut season, he managed a roll call of impressive honors:

Averaging some 24.4 points per game, and as many as 9.4 rebounds alongside 2.8 assists and 3.3 steals, including 3 blocks, he showed an immense all-around, all-action side to his game.

He even took his team all the way to the South Carolina Independent School Association Finals, winning the state championship.

During his freshman year, he started to receive much interest from the national sporting community – indeed, he was awarded with All-State and All-Region for his quality.

This led to him receiving his first basketball scholarship offer, from Wofford College.

Seen as an immense talent with the chance to keep growing, Williamson continued to grow and, during his sophomore year, he was the top scorer in the National Basketball Players Association Top 100 Camp, also winning the Under Armour Elite 24 showcase dunk contest. 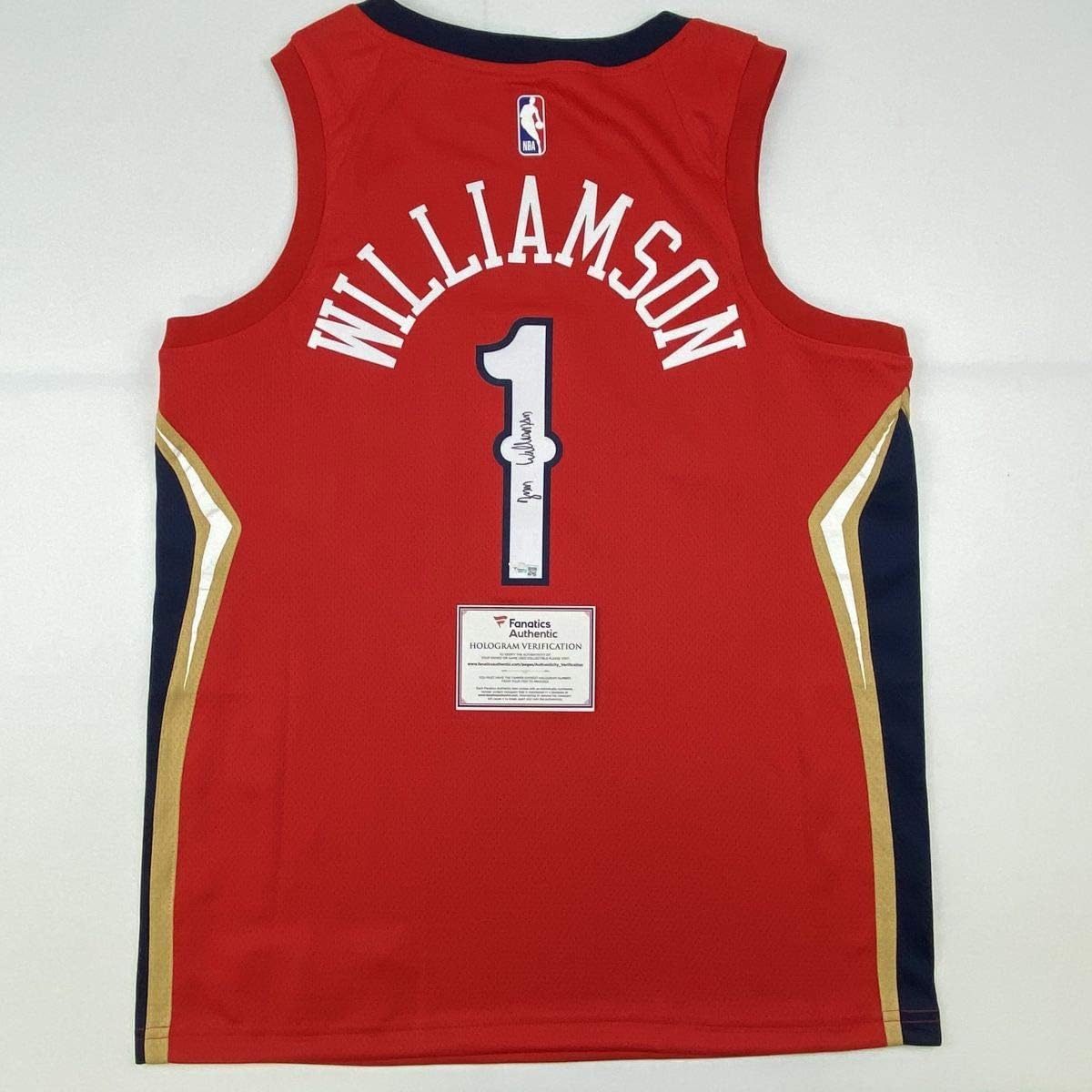 Naturally, progress continued at a rapid pace and he was regularly named in Player of the Year style award discussions. His biggest results came in 2017, when he took his team, the Spartanburg Day, all the way to the SCISA Region I-2A Title.

Winning Player of the Year en route, he was named as the Most Valuable Player in the 2017 Adidas Nations camp, hitting a whopping 22.5 ppg and 7.2rpg across a 6-game stretch.

This showed a player who was growing all the time, with major wins against the likes of Hammond and Asheville Christian Academy.

Losses against Christ School and Chino Hills, though, helped to steel his resolve and remind the young Zion that success wasn’t permanent.

In 2018, Williamson took the Spartanburg Day to a third title in a row, defeating Trinity Collegiate in the championship. 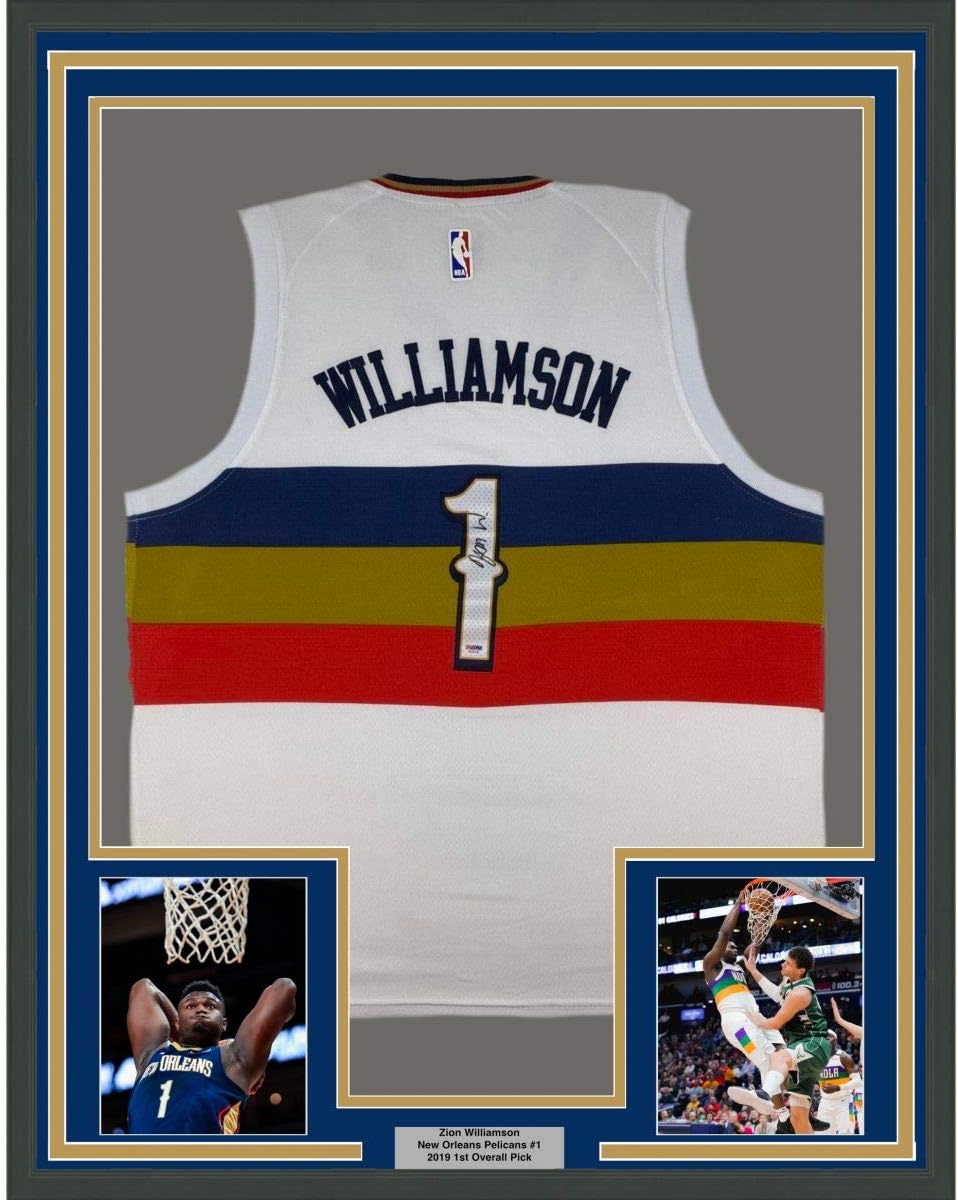 He also took part in the prestigious McDonalds All-American Game, progressing incredibly quickly and showing an immense standard of development.

The offers began to roll in from college programs, too, and Zion Williamson was offered the chance of a lifetime: to go the famous Duke University system.

Under the tutelage of the legend of college coaching, Mike Krzyzewski, Williamson was seen as a top-3 recruit for arguably the most eagle-eyed talent spotter in the whole college system.

Seen as the ideal fit for the hyper professionalism expected of Duke athletes, Williamson had landed himself a role at arguably the most prestigious system in the whole of the college system.

He represented Duke in 2018 and led the team to victory, becoming only the second player in the history of the school to hit 25 points, 15 rebounds, and 5 blocks in a single game.

Indeed, he was named as the Player and Freshman of the Week for the Atlantic Coast Conference.

He began to make massive moves on the college scene, quickly establishing himself as a national phenomenon.

He continued to make waves as he moved into 2019, with Williamson playing key roles in wins against the likes of Wake Forest, Florida State, Notre Dame, and NC State.

Playing exceptionally well on a regular basis, he won the Atlantic Coast Conference twice more and set a Duke freshman record, defeating the record set by Christian Laettner in 1992.

Williamson was making massive waves on and off the court, with his incredible play becoming a weekly discussion point for analysts, pundits, and fans.

Indeed, during the NCAA Tournament in 2019, a ‘Zion Cam’ was set up so that fans could watch Zion alone and see his every moment, turn, and decision.

He joined very famous company when he became one of the only players – after Kevin Durant and Anthony Davis – to record 500 points, 50 steals, and 50 blocks in a single season.

His form was irresistible, and the hype around the kid was growing all the time. At such a young age, there was arguably more hype around Zion Williamson than there was around any young player in the history of the sport.

While the Ball family had become a fine example of what basketball media can become like when a young talent makes big on their potential, Williamson appeared to be another level altogether.

For Zion Williamson, the chance to move into the NBA came in 2019. In April 2019, he was listed as an NBA Draft applicant, declaring himself for the draft.

He was one of the three players from Duke who were chosen as lottery picks. In the end, the New Orleans Pelicans were the draft team who picked up the Duke starlet.

Seen as the perfect addition to their team, Williamson was expected to make massive waves in his first season as an NBA level talent.

Drafted to the Pelicans, Williamson was joining an organization that was in the middle of losing its marquee player in Anthony Davis.

AD had asked for a trade to the Los Angeles Lakers, and made the move to the team. Williamson was soon seen as the ideal face of the team, offering them a new young face to build around.

However, his pre-season was ruined with a meniscus tear that seen him miss the beginning of his rookie campaign. It took three months until he could make his debut, arriving in January 2020.

For Zion Williamson, then, his long-awaited debut arrived only this year. On the 22nd January, he made his debut for the New Orleans Pelicans in a thrilling 121-117 defeat to the San Antonio Spurs.

Playing 18 minutes on debut, he scored an impressive 22 points, managed 7 rebounds, and scored a whopping 17 points consecutive in a 3:08 spell in the fourth quarter.

Williamson soon proved worth the wait, though, as he soon began to sparkle and add some much-needed energy to the Pelicans season.

Indeed, he became the first teenager in the entirety of the NBA to score 20 points or more for ten consecutive times.

He continued to explode and show why his star has shone so bright for so long: a whopping 35 point, 7 rebound game arrived against the Los Angeles Lakers.

Playing against AD and his new teammates, Williamson hit the career-high record on the 1st March.

With the season brought to an early end due to the COVID-19 crisis, though, the Pelicans were not a team who attended the NBA Bubble in Orlando.

For the young star, though, the future looks incredibly bright – the potential that was ascribed to this young superstar very much looks like a bright decision now given his immense start to life in the NBA.

Watch this space – in twenty years’ time, we could be talking about Zion Williamson as a potential greatest of all-time.